Orange asserts that at a retail price point of approximately US$30, the Sanza touch is an accessible alternative for everyone and features including the Payjoy application, which allows customers to overcome budget issues by paying for their smartphone over several instalments (depending on availability in their country ). 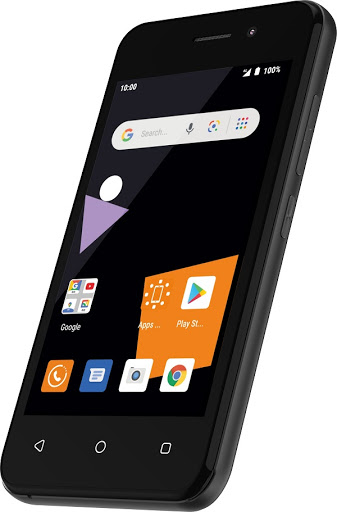 Orange added that customers can use the Orange app collection (My Orange, Orange Money and Livescreen to stay informed on the latest news trends) and access the most popular apps including YouTube Go, Google Go, Facebook and WhatsApp.

According to Orange the Sanza range was first launched in April 2019 in 13 countries in Africa and the Middle East.

From October 2020, the Sanza touch smartphone will be available with a bundled mobile data plan (voice, SMS, data) and will be sold in most countries in the MEA region, starting with Guinea Bissau, Côte d’Ivoire and Madagascar.

Chairman and CEO of the Orange Group Stéphane Richard announced the launch at GSMA Thrive Africa 2020, hosted virtually on 29 September 2020.

Richard emphasised the role of mobility in advancing Africa’s digital transformation and said there were 350 million users of mobile technology in Africa in 2019, of which 300-million are mobile internet users.

However, despite ongoing investment in network capacity and improvement in download speeds during the pandemic, 30% of the continent’s population still lacks access to mobile broadband coverage.

Richard also raised the issue of the usage divide or residents who are covered by mobile networks but who do not access the internet. He said 520 million people in Africa fall into this category, mainly because of the high cost of smart devices and mobile services, and that content made available through these devices is not always relevant and/or users do not have the skill sets to take advantage of the technology.

“On a global level 7% of world’s population lacks mobile broadband coverage, less than six hundred million people, whereas in SSA, the gap is currently almost 30% of the population. The lack of internet excludes individuals from opportunities to overcome the social and economic impact of the current crisis. It also limits the ability of governments to effectively manage the pandemic and its economic fallout. If we don’t take action now, we run the risk of reinforcing existing inequalities in the digital world and further marginalising vulnerable people.”

During the GSMA Thrive Africa 2020 event, business leaders and executive management behind the organisation emphasised the need for greater focus on connectivity, mobile coverage, and sustainable infrastructure to facilitate digital transformation within economies across the continent. The message ‘to leave no-one behind’ as Africa digitally transforms underpinned discussion.